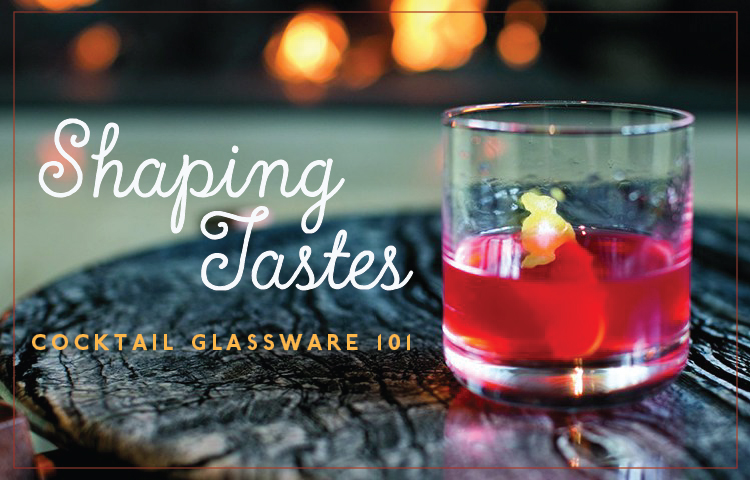 The Sazerac — a classic — is served in a traditional Old Fashioned glass at The Remedy.

Raise your glass and take a look at it. While quality ingredients and creative recipes can make up a great craft cocktail, it’s the glass that makes it complete.

“Personally, I want the cocktail to be as striking to the eye as it is on the palate.”
Donovan Sornig, Mountain Standard

“Glassware is extremely important for any liquor, whether it’s a cocktail, wine or whiskey,” says Bobby L’Heureux, bartender at Root & Flower in Vail. “For the cocktail specifically, it’s not only the look, it’s the flavor — it does change when you serve it in a different glass.”

“Personally, I want the cocktail to be as striking to the eye as it is on the palate,” says Donovan Sornig, bar manager for Mountain Standard in Vail. “We follow loose guidelines for glassware, but in the end it’s all about having fun with the drinks.

Local bartenders in the Vail Valley are sticking with tradition, as well as playing with new ideas in the evolving mixology scene. Belly up to the area’s top watering holes to sip from all the tall and short, sleek or stemless, classic or edgy vessel varieties.

Large Cocktail Glass
The common cocktail glass that is often called a “martini glass” has a long stem and wide rim. It’s the high heels of the cocktail world — sexy when used confidently and seemingly effortless, which takes a little practice. Martini glasses are top-heavy, and as such can be tippy. This is what drinks served “up” usually come in, and the large surface area of the top of cocktail makes for a more in-depth experience.

“Every sip is right under your nose,” explains Steven Teaver, beverage director for The Remedy Bar at the Four Seasons in Vail, “almost as if you are putting your nose in the drink.”

The design of the glass also helps to keep your cocktail at just the right temperature.

“They are stemmed because you don’t want your hand to change the temperature of the drink,” Teaver adds.

Coupe
This smaller cousin of the large cocktail glass was originally used as a vessel for champagne.

“Around the turn of the century-ish, we figured out that the coupe was allowing all the effervescence to escape, which then may or may not have prompted the design of what today we know as the champagne flute,” says Sornig. “The coupe serves very well as an attractive cocktail glass with the capacity roughly being 6-8 ounces.”

Sornig says he personally loves the look of spirit-driven cocktails such as a Negroni, Boulevardier or Vieux Carre in this type of glassware.

The Rose in Edwards has an impressive collection of vintage coupes, acquired whenever possible from thrift stores and generous return customers.

“For all our glassware, we have inconsistency and that’s what we like,” explains bar manager for The Rose, Mark Summers.

Try their Paper Plane, a newer classic based on the old one ounce-by-four recipe. Summers adds a sweet “hand crafted” paper plane as the garnish to the whiskey, Aperol, Amaro Nonino and lemon combination.

Collins
Named after the Tom Collins drink, a Collins glass is a long drink glass, often used for mixed drinks on ice with extra mixer, like a gin and tonic tall. These glasses are also used for drinks with more than a couple ingredients, like the Appaloosa Shandy at Mountain Standard, made with bourbon, roasted strawberries, vanilla, lemon and mint, topped off with a craft lager.

This piece of glassware isn’t as specific as a stemmed cocktail glass, and it’s not as casual as a pint glass. When you’re at a bar or restaurant, it seems a little sleeker in the hand but it’s still an easy sipper.

“A lot of common glasses to me are really based on preference,” says Teaver. “A lot of it is what you are used to drinking in at home. If you make vodka soda in a pint glass at the house, when you come to the bar you kind of want that bigger glass.”

Snifter
The snifter has a wide midsection, so that lets a lot of air interact with a spirit or a cocktail. Known as a brandy snifter, the glass was originally used for tasting a spirit on its own, but Teaver says the aromatic intensity the shape of this glass provides can wear out your palate pretty quickly.

Root & Flower has seemed to find the perfect place for the glass in showcasing display and aroma in its gin and tonic cocktail. The tonic they use, from Lost Identity Beverage Co., is unique in its hibiscus red color and floral flavor, and with the sprig of rosemary that tops off the G and T, it all comes together beautifully.

“A snifter glass is meant to create aromatics,” explains Jeremy Campbell, co-owner of Root & Flower. “With our gin and tonic, it’s not just the tonic that has those aromatics, but the herbal component of the rosemary sprig has you smelling and experiencing the drink before you even taste it.”

“A lot of people refer to them as a rocks glass: it really depends on where you’re from and what you’re drinking,” Teaver explains. “If it’s whiskey on the rocks, it’s a rocks glass.”

The Remedy Bar carries single and double sizes of this glass, and for its Old Fashioned, it opts for a classic crystal-cut glass.

“We’ll use a muddler on that heavy bottom to muddle fruit together in the bottom of the glass first,” says Teaver about making an Old Fashioned. “The Old Fashioned glass is made to have a very thick, heavy bottom, because you don’t want to break all the way through the glass.”

The Remedy Old Fashioned is the bar’s number-one selling cocktail. Teaver says they start with a little salt in the bottom of the glass, “because just like you would season what you’re going to cook at home, a cocktail needs a little seasoning too.”

He then muddles orange flesh into the salt, adds two dashes each of Angostura and Regans’ bitters, a maraschino cherry at the bottom, then a select whiskey and a dash of simple syrup for sweetness, followed by ice.

Sherry Glass
The chimney of this small glass is meant to be used for straight spirits. It’s generally used to serve aromatic pours like sherry, port, aperitifs, and liqueurs, and layered shooters.

Teaver says when he tastes or evaluates spirits, it’s the glass to use because it really concentrates all the flavors, the imperfections and the highlights of a spirit.

Glencairn Whisky Glass
Like the sherry glass, the Glencairn is designed to highlight the dynamic flavors of a liquor. This glass is specific for sipping Scottish whisky (spelled without the “e”), or Scotch.

“It was originally designed in Scotland for what they were tasting within distilleries,” explains L’Heureux. “The aromatics of the Scotch lend to the flavor of it, so when you taste out of that glass rather than a wider-width rocks glass, you’re actually going to get a lot of the different aromas that will help display the flavor of the Scotch.”

L’Heureux adds that this is the glass meant to help you fully experience what each particular Scotch is designed to taste like.

Irish Coffee Glass
Sornig says historically and “officially,” Irish coffee is served in a tulip-shaped glass with no handle. There are many variations of this glass that do exist, and Mountain Standard uses what is called the “Buena Vista Coffee Glass,” which is used at the Buena Vista in San Francisco.

“When making a proper Irish coffee, just make sure that you are using glass and not a ceramic mug,” he says. “The excitement of the drink comes from the beauty in its contrasting layers, and if you cannot see these layers, I believe the old line ‘the drink’s been drained long before its glass’ applies.”

Tiki
You may have a hard time finding a Tiki bar in the Vail Valley, but The Rose has an extensive selection of the rum cocktails inspired from the tradition that combines both South Pacific and Asian flare. Check out Tiki Tuesdays to really get a taste of the theme.

Some of the Tiki cocktails at The Rose come in coupes and are up, like a Hemingway Daiquiri. Their Tiki-specific glassware collection, for cocktails like the Mai Tai, is impressive and fun.

“Everything we do from scratch, as usual, and we have a really good rum selection,” says Summers. “So the Tiki has been going well. We have cool garnishes and set stuff on fire every now and then.”

The Mai Tai at The Rose is a classic recipe, made with rum, fresh lime juice, house-made orgeat syrup and curacao.

You don’t need all of this glassware to outfit your home bar. Teaver says a repertoire of rocks glasses and Collins glasses, as well as a few coupes, are enough to round out a bar, unless you are entertaining a lot of people. He says he loves trying whiskey of all kinds, so the specialty Glencairn tasters are a must for his fleet.

“Too many people don’t think about it, but specific glasses give completely different textural and aromatic experience to a drink,” says Teaver.

“But most of my friends will drink out of a dog bowl if that’s what’s there,” he adds with a laugh.

« Lunch On The Ski Slopes
Holiday Peace of Mind With Meditation » 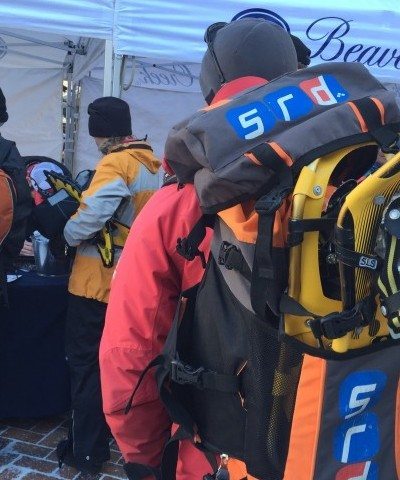 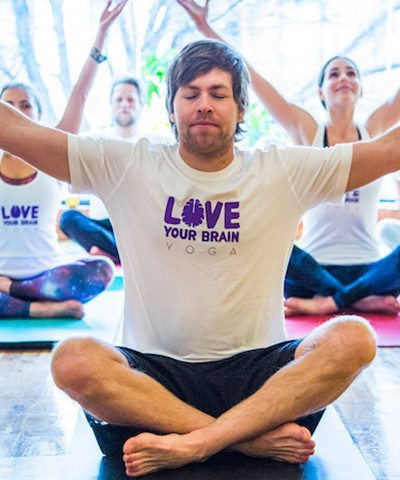 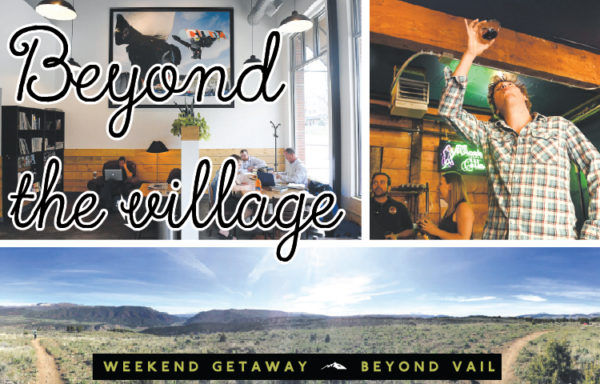 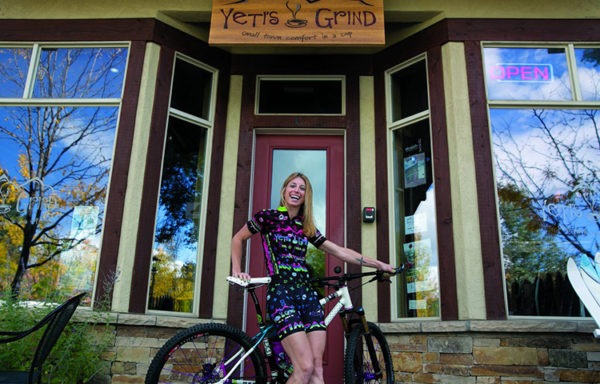 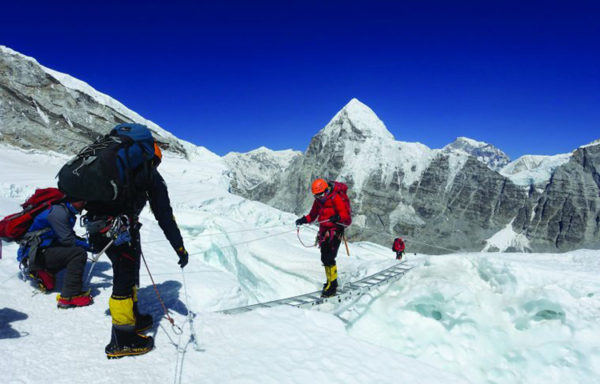 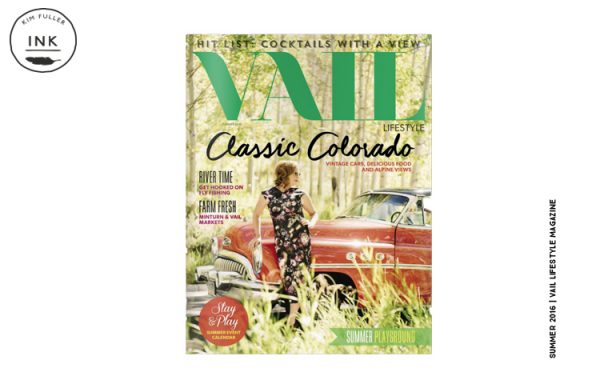