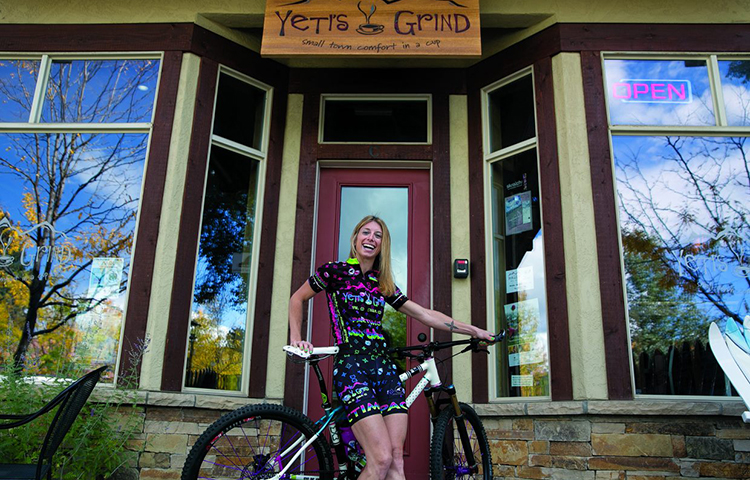 You may have seen Tara Picklo zoom by you on a mountain bike, her petite form pushed forward by strong legs and rainbow spandex. Sometimes — more often than not — she’ll throw on a colorful tutu or a unicorn helmet. And she flies.

Tara is turbo-charged, with a beaming smile and a radiant spirit. She’s a wife and a sister, a business owner, athlete and community volunteer. She’s poured your coffee at Yeti’s Grind, made art on your latte foam. She stands on podiums at GoPro Games and leads the Vail Valley Special Olympics team. She is a bright light, in this community and beyond.

“I FELT LIKE WE NEEDED A GOOD COFFEE SHOP.THAT’S WHAT I WAS MISSING FROM COLLEGE — THOSE YEARS HANGING OUT AND STUDYING AT THE LITTLE COFFEE SHOP ON CAMPUS.” TARA PICKLO

Tara and her husband, Nate, opened Yeti’s Grind in Eagle in 2007. Tara was an elementary school teacher at the time, and Nate was working in construction.

“I felt like we needed a good coffee shop,” Tara explains. “That’s what I was missing from college — those years hanging out and studying at the little coffee shop on campus.”

Tara and Nate met in college, at Baylor University in Texas. They were first introduced at Smoothie King — Nate was training Tara, and she says they hit it off right away. They signed up for an ultra-marathon trail run together, trained together as friends, but it wasn’t until they were both nursing injuries after the race that they admitted to liking one another.

“Ever since I met him, what always attracted me to him was that we’re just different,” says Tara. “He is the yin to my yang and we balance each other, and he pushes me in ways that I wouldn’t push myself.”

Nate’s nickname, “Yeti,” came out of a NOLS course on a glacier in Alaska — an adventure he took right after he and Tara started dating. After the couple moved to Eagle, Nate’s original idea of opening an outdoor gear store, “Yeti’s Outhouse,” evolved into the coffee shop endeavor.

Ten years later, Yeti’s Grind in Eagle truly represents its tagline of “small town comfort in a cup,” and Yeti’s Grind in Vail Village, opened in 2010, is a daily favorite for locals and visitors. In both Eagle and Vail, Yeti’s seems as welcoming as your own living room. Brick walls and wood accents frame daily scenes of coffee dates and business meetings, pre-ski fill-ups and apres treats.

Nate built out Yeti’s Grind in Eagle himself, and Tara described the first couple of years as “solid work, constantly.” As business started to grow, Tara stopped teaching and Nate didn’t go back to construction. They were all in.

“We experimented for a few years and tried to find our niche and what the community wanted,” says Tara. “Once we scaled it back to what was a manageable business model, very much focused around coffee, then we added the extras that go along with it.”

Too busy all the time, they realized they needed an outlet. They started a Yeti’s Grind bike team, and a community of riders began to meet at the shop to go for rides. The team kits — bike jersey and bib outfits — evolved from a brown-and-blue basic to rainbow brights over the years, so they are not hard to spot on the road or on the trail.

Tara says the business connection help her and Nate justify some much needed time on their bikes.

“It has always been a difficult thing for me as a business owner to carve out that time,” she says, “but I have realized over the years that I have needed more of it, and it’s made me a better business owner when I have allowed for that.”

Now a competitive mountain bike and cyclocross racer, Tara has had to make training a priority. She races on a professional level in cyclocross, and became the single-speed mountain bike champion of Colorado in 2016.

You can’t miss her at a race — just look for the rainbows.

“All of a sudden it wasn’t enough to have a rainbow kit on. I wanted to put on a tutu,” she says. “But I don’t always race in a tutu.”

A go-getter to say the least, Tara never shies away from a challenge, even those she would never choose to take on.

In 2008, Nate was diagnosed with Stage 3 melanoma at age 28, barely two years after the couple opened Yeti’s Grind in Eagle. After eight months, three surgeries and an aggressive BioChemo Therapy protocol, Nate started lov bikes, a custom bike company, and as Tara put it: “we were able to put it all aside and started to live life more passionately.”

Six years later, in August 2014, Nate felt a bump on his right calf.

“We really never thought the cancer would come back,” Tara says, “so we were optimistic until the lab tests showed our greatest fear … the melanoma had returned.”

Three more surgeries and a year later, a scan in 2015 revealed that the melanoma had spread to a small spot in his lung and a few other areas in his upper body. He was diagnosed with Stage 4 metastatic melanoma.

“It’s definitely the hardest thing we have gone through, ever,” Tara says.

“The person I love the most is struggling, and so trying to take time with him is my biggest priority at the moment,” shares Tara. “At this point, I really realize we grow through what we go through in our lives, and I am trying to find joy in smaller things.”

In August of 2016, Yeti’s Grind in Eagle couldn’t hold the copious amount of community members who showed up to shower the love at “Nate’s Healing Hoopla.” In the event announcement, Tara called it a “prayer party,” seeking “prayers, positive vibes, hugs and ‘lov’ with Nate and his family.” People overflowed out the doors of the space. Best friends, longtime Yeti’s Grind customers, fellow Baylor alums, biking cohorts, local families — all there to sign the photo album, to light a lantern, to share a hug with Nate, to send a prayer. Tara spoke on the power of positive thinking, of hope, and of Nate’s strong will and incredibly radiant spirit.

Through all the clouds, the rainbows always seem to shine through. They have been a recurring theme for Tara recently.

“I just see them as signs from God that everything is going to be OK in our life,” she says. “Because it’s without fail when I feel nervous, then all of a sudden someone texts me a picture of a rainbow or we’ll see one.”

Her friend and mountain bike buddy, Karen Jarchow, put together what she called “a rainbow project” for Nate and Tara when they were at in-patient care in Denver in October and early November of 2016. From family, friends and even strangers, Karen gathered a collection of pictures and drawings of rainbows to share with them.

“Even people who have never met Nate and Tara have reached out,” she says. “Through how open she has been with the process, they feel something and I think that’s a really beautiful thing, and it’s truly a reflection of them as a couple.”

Karen brought Tara’s wardrobe of tutus to the hospital, and the pair continued to make Nate’s room into what became known as “The Party Room,” filled with bright costumes, coloring and tequila sipping.

“We were keeping the energy light and the energy fun, because it is a celebration of Nate, and the people who love him,” says Karen. “And you know with Tara, the more color, the better, so their room was definitely bright.”

Start your own business
Insight from Tara Picklo, owner of Yeti’s Grind:

» Don’t give up, no matter what

“Trust your staff, and empower them to find their strengths. Inspire people and show them how great they are so that they can take on more responsibility and feel invested in their job.”

» The rest will come

“… when you focus on the right things. If you only focus on money or paying the rent, then you are always going to be a ball of stress about it. It’s not about that, it’s about the intentions you’re putting out there and the impact you have on the community — in whatever way that looks.

« Gear Review: Stio Hometown Down Hooded Jackets — His and Hers
Spa Stop » 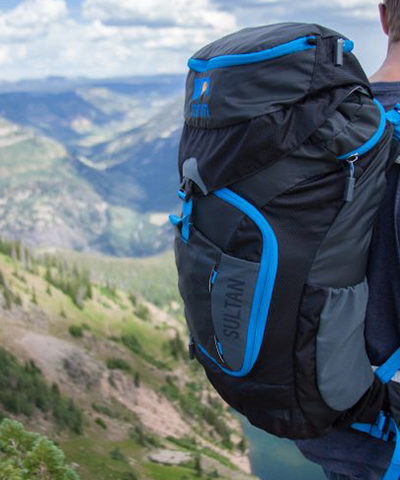 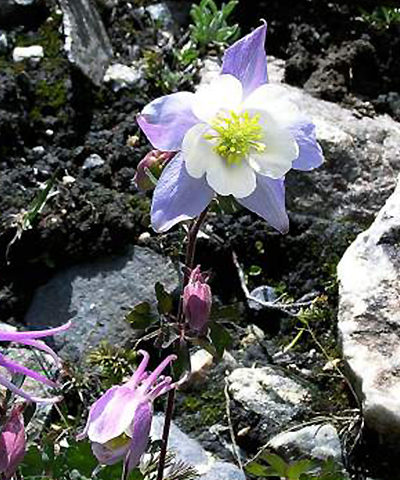 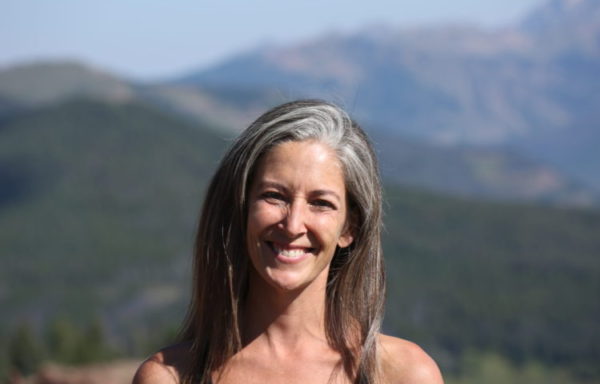 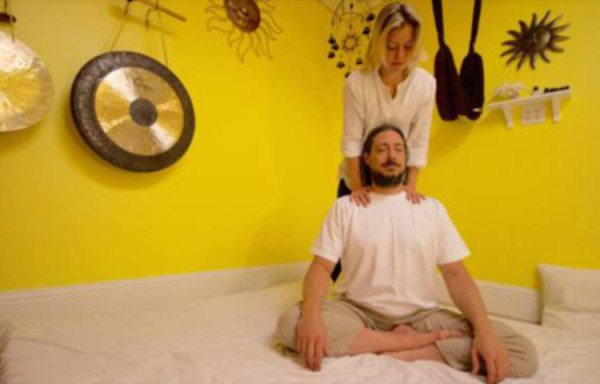 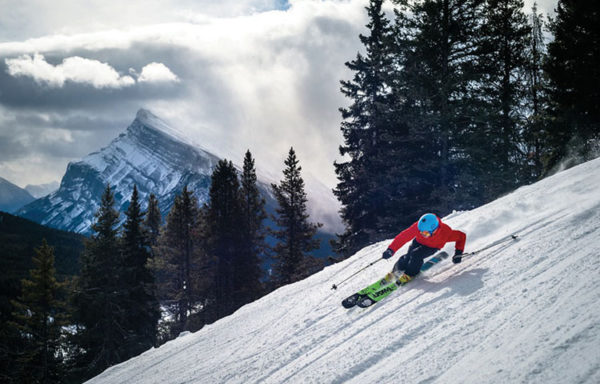 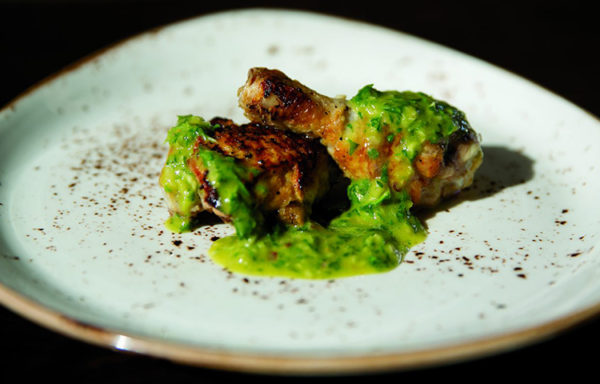 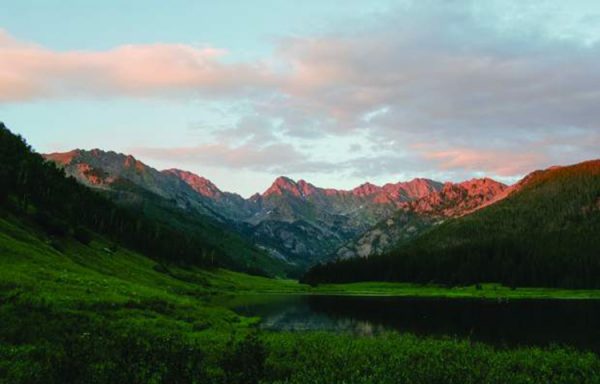